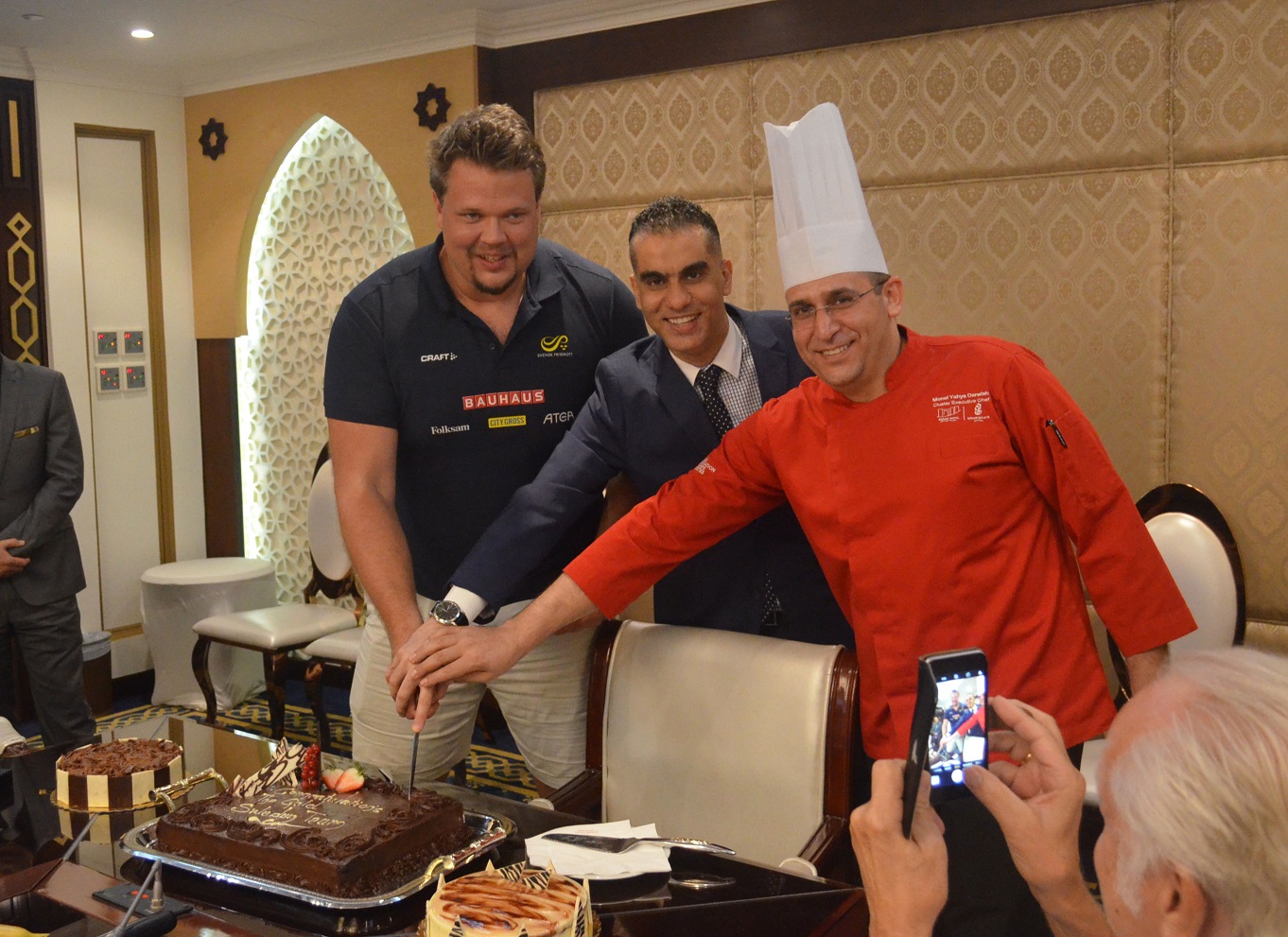 Telbani: Nearly 4000 athletes of two global tournaments in a row within one month accommodated

Ezdan Hotel West Bay, is set to host about 2,000 athletes and sports teams, participating in the ANOC World Beach Games Qatar 2019, which begins on October 12, and wraps up on October 16, 2019, following one week of accommodating successfully 2000 athletes and  accompanying representatives who participated in The IAAF 2019 World Athletics Championships held in Doha during the period between 27 September and 6 October. Ezdan Hotel West Bay management also honored some winning guests who delivered success and were awarded medals.

Ezdan Hotel announced in an official press release that it expects to receive representatives from 99 countries from the competing teams in the champion, organizers and guests of the ANOC World Beach Games event, where up to 1,300 hotel rooms were provided and all arrangements have been taken.

“The hotel is proudly hosting the athletes and sports teams who are engaged in the ANOC World Beach Games 2019, noting that by the end of this tournament the hotel will be hosting nearly 4000 athletes participating in two successive international tournaments in less than one month. This reflects the Hotel’s substantial readiness and capacities which qualified it  to be the most favored destination during the events and major conferences,  as the hotel is one of the largest hotels in Doha with an accommodation capacity of about 3000 rooms and suites coupled with services.”, Mr. Wael Telbani, Ezdan Group Hotels  General Manager, said.

Ezdan Hotel West Bay has recently carried out a number of honoring parties to celebrate some of the international players who stayed at the hotel during the 17th World Athletics Championships in the hotel and received medals in various tournaments. The Hotel honored Daniel Stahl as the powerhouse Swede delivered success in the discus game, and Kenya’s Ruth Chepngetich who earned her major gold medal in the women’s marathon. The hotel also shared with the Chinese teams and representatives marking the National Day of the People’s Republic of China.

Al-Telbani communicated his delight that the hotel will host international and tournaments from around the world, and to share with them the happiness of winning, pointing out that Ezdan Hotel received during the World Athletics Championship 2019, about 2000 athletes. In fact this proves a world-class confidence in the performance of the hotel and its capabilities in welcoming and embracing diverse teams and delegations. “On this occasion, Ezdan Hotels Management congratulated the Qatari Olympic champion Moataz Barshim for striking a gold medal in high jump, wishing him more success and victory for the sports champions in Qatar in all the various sports tournaments and events.

We use cookies and similar technologies to help give you the best experience on our site and to show you relevant advertising. If you continue to use this site, we’ll assume that you’re happy to receive all cookies.Accept and Close